I’m trying two new link-ups this week. The first is Book Beginnings, hosted by Rose City Reader, were you share the first line (or so) of the book you’re currently reading, and the second is The Friday 56, hosted by Freda’s Voice, where you share an excerpt from page 56 or Kindle 56%.

So, here goes: I’m currently reading Stopping the Road: The Campaign Against Another Trans-Sierra Highway by Jack Fisher. It is phenomenally well-researched and very illuminating as to the political processes behind road building and the preservation of our country’s wild areas. 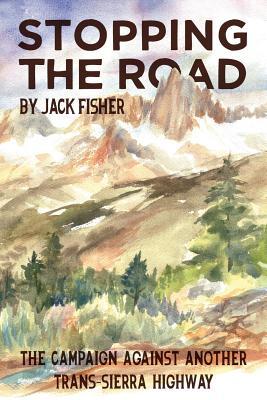 Writing in a 1938 issue of American Forests under the title, “Roads Running Wild,” recent Stanford University graduate and mule packer Norman B. Livermore Jr. argued persuasively for limits on road building into the Sierra Nevada. He never forgot the shock of encountering an automobile close by the John Muir Trail while leading a pack trip in 1930.

Cultural historians credit the interstates with spawning such features of American life as fifty-mile commutes, the two-mile traffic jam, recreational vehicles, the regional mall, and the spring-break trek to Florida.

The book was a gift from my husband after he travelled out to Mammoth Lakes (where they wanted to build the road), and he plans to read it when I’m done. I’m excited to get to talk about it with him when he’s done!

5 thoughts on “Book Beginnings and the Friday 56: Stopping the Road”