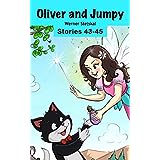 Obviously, I love to read. I always have. I apparently taught myself to read at age 4, and my oldest daughter has done the same. People keep asking me, “How did you teach her to read?” and I wish I could say I taught her, but I didn’t, at least not really. Of course, I’ve encouraged her every step of the way. On her first birthday, she could recognize and say the letter “W” – but we didn’t push it on her! I distinctly remember my husband holding her in the hallway of our apartment on her first birthday and her pointing to each letter on his GW t-shirt and asking “what’s that?” So, he answered. And she learned “W.” We’d take her to the zoo and she was more interested in the signs than the animals. At age 2, we’d lay in bed with her each night and “talk about a letter,” meaning we’d say a letter and she would tell us words that started with that letter… Basically, she’s just always been interested and she’s super smart and a fast learner. Over the past 6 months or so, she has progressed from recognizing individual words to reading on her own.

So, now what do I offer her to read? About a month ago it became apparent that she could pick up any picture book we own and read it. So then what? I got her some books at a yard sale and she amazed  me by reading even the books marked as being at a second grade level. So then we went to the public library and got some more. She’s excited that there’s a whole new shelf from which she can pick out books to read, generally those marked “Early Readers.” Here’s a sampling of what she reads, on her own or aloud to her sister, or to us: 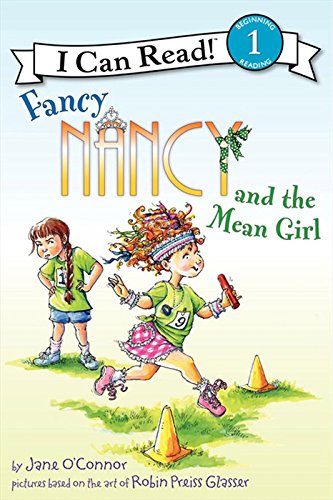 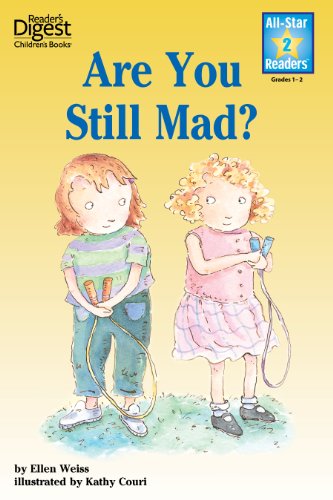 Then we have our read-aloud time, too. Of course, sometimes I read the above books to her, but she has really enjoyed me reading chapter books out loud to her. Our most recent read was an abridged version of The Wizard of Oz from the Great Illustrated Classics series (pictured below). We’ve also been reading some of the Magic Treehouse books (just yesterday we started Pirates Past Noon for the second time), and even The Lion, the Witch, and the Wardrobe (is this appropriate for a 5-year-old?)! I have to say, I am truly enjoying this! It’s a little hard, because my 2.5 year old is NOT into the chapter books, but I love when we can snuggle up on the couch and read together and talk about the story! Soooo fun 🙂 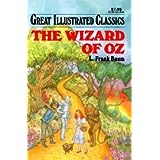 I’m looking forward to many more years of this, with all of my kids!

What do you read with your kids? Do you have any suggestions of what to read (or NOT to read) with a curious 5-year-old?

So I wrote a whole post on this series and then deleted it because it was nonsense. Essentially, while I REALLY wanted to love these books, I just didn’t care for them too much. I usually make an agreement with authors that I won’t review books I think deserve less than three stars (I’m just not interested in writing a bunch of negative stuff in general, but really… we’re talking about PEOPLE here and their work – I don’t like to trash it). In this case, while I received the books from the author for free in exchange for a review, I communicated through Word Slinger Publicity and didn’t make my standard arrangements. So, here’s my review saying I didn’t like the books.

You are, of course, entirely likely to have your own opinion on the matter so here’s a quick bit about the books and why I didn’t like them. You can decide whether or not to read on your own and form your own opinions!

The Zoom Boom series (the first three published stories, out of 16 written by the author, are pictured at the top of this post) is a series of stories for children ages 3-7 centered around Zoom Boom the scarecrow and his friends who live on the same farm. As advertised, the stories aim to tell the adventures of Zoom Boom as he spends his time rescuing his animal friends and the farm’s pesky crows when they get into trouble. Written by a grandfather and school bus driver and published by a small Christian publishing company, the stories are intended to teach children “lessons from everyday life which will help them make wise choices, and be nice to others,” according to Word Slinger Publicity’s marketing material promoting the books.

When I received the books in the mail, they were accompanied by a letter from the author describing his intentions in writing the books. Unfortunately, his letter was more compelling than the stories themselves. Overall, the books do strive to teach valuable lessons such as safety in “Be Careful” and valuing others despite their differences in “Be Tidy, or Not?” However, the biggest drawback is that each individual book really tries to do too much. “Zoom Boom” introduces all the characters that (I presume) we will meet throughout the series, with their strengths and flaws but doesn’t tell us a story. “Be Careful” and “Be Tidy, or Not?” each tell snippets of a story, but include too many unrelated lessons. I also get squirmy about phrases like, “Cleanliness is next to Godliness, I always say,” but that might just be because I am messy and don’t clean my house nearly enough…

In any case, the character is a good idea, but the ideas need to be demonstrated–actually shown through stories–rather than just stated.