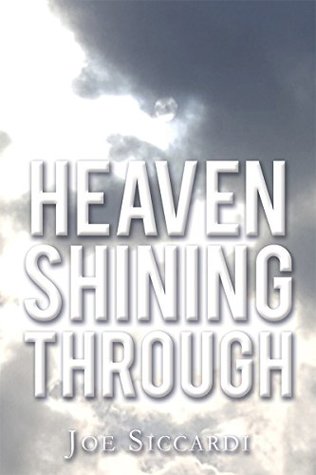 Heaven Shining Through is a short, novella-length book written by Joe Siccardi. It tells the story of Samantha’s life in the context of a journey home to visit with her mother, with whom she has always had a rocky relationship. It is fundamentally a Christian story — it is a story of Samantha and her faith journey throughout her life and, ultimately, her ability to see “heaven shining through.”

It’s a quick read but a powerful Christian witness to dealing with life, love, loss, and forgiveness. I liked how the author was able to integrate so many elements of real life – difficult family dynamics, the waning and then revival of faith, coping with tragic loss – into a story that makes life seem blessed despite (or maybe even because of!) the difficulties encountered throughout.

There was one little aspect that I didn’t love: I sensed a little anti-Catholic sentiment in Samantha’s journey. She is raised Catholic but joins a different church when she returns to faith as an adult, where she finds the community she’s been seeking. I’ll be the first to say that Catholic churches are typically not warm and fuzzy kinds of places, and I think, unfortunately, that Samantha’s experience is reflective of what so many fallen-away Catholics have experienced. It only made me a little sad because I felt, as a Catholic, that it missed the beauty of the Catholic faith. (I know – this sounds crazy to a lot of readers given what we are all bombarded with in the news right now re: the Catholic Church. Believe me – I’m struggling with it. But the presence of Evil does not negate the presence of Christ, and that’s what I’m holding on to.)

The book, as a Christian witness, serves its purpose well! As a stand-alone book I would’ve liked to see more – due to it’s short format, there’s a lot that feels glossed over; I think the book has the potential to be a full-length novel and engage the reader on a deeper level. Some of the most beautiful writing in the book is actually in the dedication, where we see Siccardi’s love for his late wife shine. I am so happy to have had the opportunity to read this book (thank you, Joe, for contacting me and offering a review copy!), and I wish Joe all the best in his ministry. 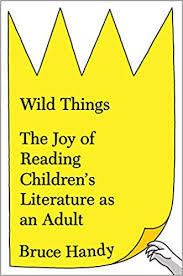