Two weekends ago I had the awesome opportunity (thank you, my dear husband!) to go to a local book festival for a few hours BY MYSELF and it was amazing. I truly could have stayed there ALL DAY LONG. I met and chatted with some interesting local authors, bought some indie books (I’ve already finished two of them!), and picked up some used books from the Friends of the Library sale (I was there for the closing of the Bookfest and all the used books were free!). I also have some ideas for next year’s Bookfest: 1) bring business cards (duh!) – I missed out on some great opportunities to leave my info with authors; 2) sign up to offer a workshop on editing; 3) block off the whole day and go earlier so I can sit in on some of the speakers. So much potential!

I took some pictures, but then my phone broke and I got a new one soooo they’re not accessible at the moment. Instead, I will share some links! First, the Bookfest itself:

The mission of the Great Valley Bookfest is to create a family-friendly festival that celebrates literacy and promotes the written word in the heart of California’s Central Valley. It benefits the following local literacy organizations: Friends of the Library; Great Valley Writing Camps; Give Every Child A Chance; and San Joaquin County Office of Education (SCHOOLS)

Next, some of the books I picked up and authors I met:

Britt Nunes – Etched  – I met Britt Nunes, her twin sister, and her adorable baby nephew at the Bookfest and bought her first book, Etched. While it wasn’t flawlessly executed–it read like a first book–it was interesting and engaging, and I enjoyed it very much. When I finished it, I bought myself the e-book versions of the sequel and the prequel, and I look forward to reading more from Britt Nunes in the future! Find her here: brittnunes.com 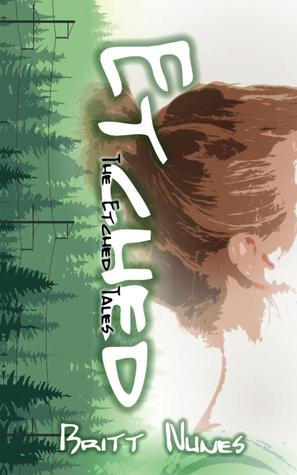 Susan Lowe – Josie – I met Susan Lowe and her husband, and just had to buy the book — which I read in one day! It is the story of Josie, Susan’s mother, and her experiences as an ethnic German in post-WWII Yugoslavia. It’s spectacularly well done and I’m thankful to have met Susan and had the opportunity to read her book. Find more info here. 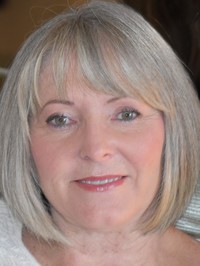 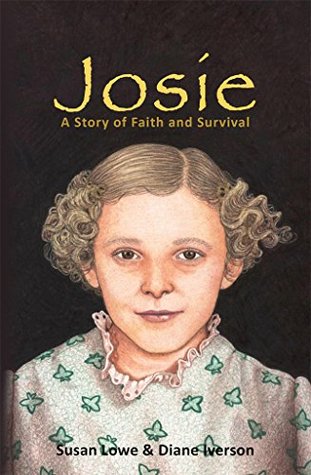 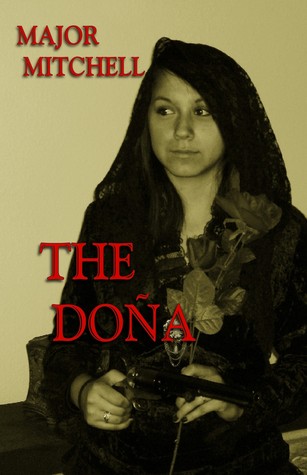 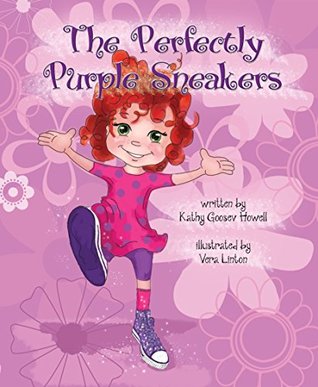 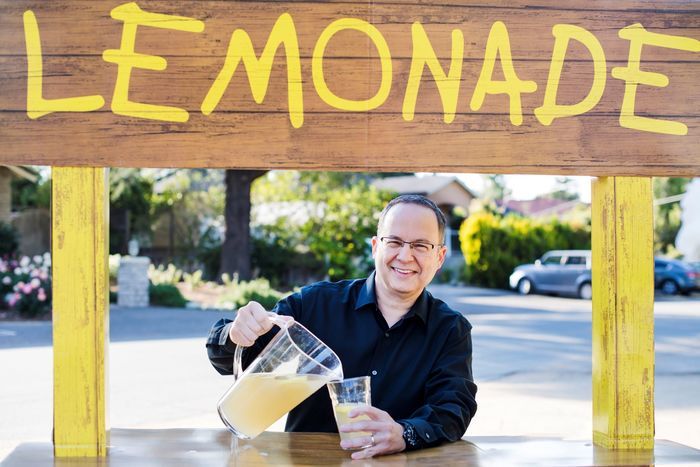 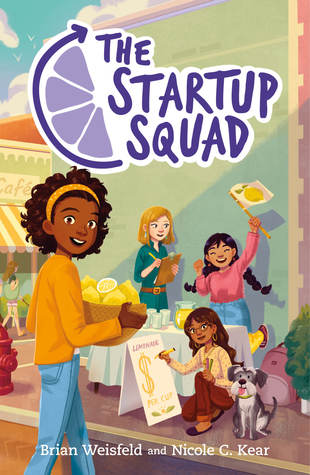 I met a lot of other authors whose books I did not buy that day, but I’ll certainly be looking out for – and maybe I’ll see them again at next year’s Bookfest! 🙂

The Texas-Mexico border, the winter of 1886—The Great Die Up. A raw rift separates Mexicans and Anglos. A loner cowpoke and a mute Mexican girl fight man and nature to reunite.

Out of work cowpoke Bud Eugen comes across Marta, a mute sixteen-year old Mexican girl whose family has been killed by Indians. Bud reluctantly takes her along, even though he’s never had to accommodate another person in his simple life. He’s unable to find anyone willing to take her. In spite of his prejudices, Bud grows to like the spunky girl (and her excellent cooking).

Eventually, they both find work on a border ranch. Here, the relationship between the girl and the young cowboy hesitantly grows. But banditos raid the ranch, kidnapping the rancher’s daughters and Marta. Bud, with twelve other men, pursue the banditos into the most desolate reaches of Mexico. Ambushes and battles with banditos, Rurales, and traitors are constant, and the brutal weather is as much a threat as the man-made perils. Life and death choices are made at every turn as one side gains the advantage, then the other.

The rancher’s daughters are rescued, and the exhausted party turns back. But Bud presses on alone, against insurmountable odds – determined to fulfill an unspoken promise to Marta. (Taken from Goodreads). 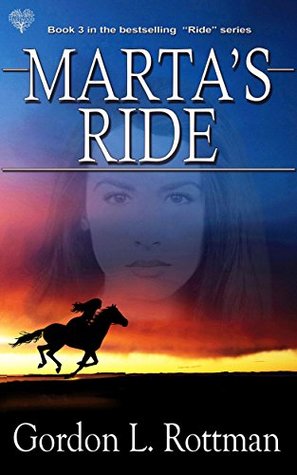 Author Gordon L. Rottman has finally given fans of The Hardest Ride and Ride Harder their beloved heroine Marta’s own tale, and in a way, her own voice.

The brutal 1886 winter on the Texas-Mexico border is a terrible time for a mute sixteen-year-old Mexican girl and her familia, who roam the trails and towns of the frontier, searching for work and struggling to survive. When her parents and siblings are murdered before her eyes, Marta is faced with a stark reality. Completely alone in the harsh Texas backlands, she realizes her own time in this world will be short, lonely, and possibly end in blood.

Marta has not lived and thrived in her hardscrabble life thus far to give up without a fight. And the arrival of an out of work cowboy from whom she grudgingly accepts help and protection gives her a sliver of hope. Besides she reasons, Güero—Blondie—as she’s named him, would be lost without her care, guidance, and decent meals. Despite the chasm between Mexicans and Anglos in this harsh age, the loner cowpoke and mute Mexican girl tentatively build a fragile trust.

Finding work on a welcoming ranch, the couple bonds, and their future appears brighter. But a raid by vicious bandits takes Marta, another Mexican girl, and the rancher’s two daughters on a journey into hell. Marta tells us a harrowing tale of terror and anguish as the women struggle to stay alive and hang on to their sanity. Her faith in Güero coming to their rescue rises and diminishes day-to-day as their circumstances change. In the end, there is a great deal more to Marta than we ever realized. (Taken from Goodreads).

Let me start by saying that these books are not in the genres I usually pick up, but since I’m a compulsive hoarder of free e-books advertised on Twitter I had the occasion to ”buy” The Hardest Ride for free (thank you, Mr. Rottman). I devoured it! This was another one of those books where my husband would walk in the room and comment that I must be reading another good book, because I was lost in my Kindle every spare moment (there aren’t many) and staying up way too late to read. As soon as I was done I used an Amazon gift card to purchase Marta’s Ride for myself, which speaks volumes about how much I enjoyed the first book.

The story is not an easy one to read — Bud and Marta do not lead easy lives, nor did most people around them, it seems. There’s plenty of violence, and we’re not spared many details. In many ways, Marta’s Ride is the worse of the two as far as violence/difficult reading goes because we hear exactly what Marta and the other girls experience rather than surmising based on the men’s assumptions. Not being familiar with the genre or the history of the US-Mexican border I can’t speak to how realistic a story these books paint in terms of historical accuracy, but they certainly speak authentically to human emotion. It’s that aspect which pulled me in.

In the Hardest Ride we see Bud, abused and unloved as a child, alone and broke as an adult, begin to recognize within himself the capacity to love another person and to be loved in return. It’s unconventional, for sure–a white cowboy and a mute Mexican girl–but the emotions portrayed are raw and real. In Marta’s Ride, we learn Marta’s inner thoughts and feelings, which we can only see in The Hardest Ride through Bud’s interpretation of her facial expressions, gestures, and body language.

It won’t surprise my regular readers to hear that I also found Rottman’s portrayal of Marta’s Catholic faith in both books very intriguing. I couldn’t help but wonder at Marta’s seemingly vast knowledge of the faith, given her nomadic upbringing and lack of education, and at times I wondered how realistic that would have been for someone in her situation. That said, the way that knowledge and faith guide her life are impressive, and I appreciate Rottman’s positive portrayal of the Catholic Church.

Perhaps the most impressive aspect of these books from the perspective of critiquing the writing is just how well the books fit together. I read them back-to-back and never actually read the second book of the series, so the details of the first were very fresh in my mind. I am stunned by how well Rottman portrays the exact same events from two vastly different perspectives. I even dare to say he created in Marta’s Ride a flawless retelling of The Hardest Ride — I didn’t notice any inconsistencies in the two, which is quite the feat.

At the end of Marta’s Ride there’s a sneak peak at another book in the series that follows Marta and Bud’s daughter, and I hate to say that it makes me hesitant to read other books in the series. This is not to say they won’t be quality books, because having read these two I am sure they will be; it’s more that I anticipate them changing the image I have of Marta and Bud a bit, and I don’t want that to happen. They are by no means innocent after all they suffer, but I find I don’t want to (or maybe I’m just not ready to) read about them experiencing further hardships and how that impacts them as people. I like Marta and Bud how they are at the end of The Hardest Ride/Marta’s Ride and I sort of just want to enjoy knowing them like that.

I give both books 4 stars, and highly recommend them!

Author Thomas Fenske is participating in a freebie at smashwords.com this month. For the month of July, all e-book versions of The Fever are free at Smashwords. Read my review from the end of May – it’s definitely worth giving it a read!

When you give it a read, please stop by and let me know what you think!